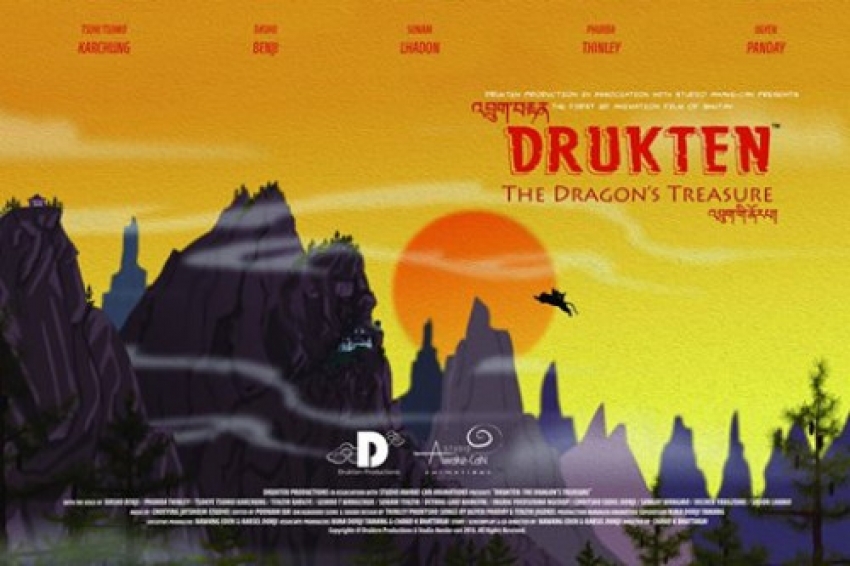 Our film and creative industry has received a milestone support and gesture from the Royal Government of Bhutan in the recent times.

The pivotal support from the government to build a film studio and more movie theatres is an enabling encouragement to many aspiring film makers and content developers alike.

This year at the Bhutan National Film Award 2017, in an unprecedented move, three best films are awarded a cash prize of ngultrum one million each as a Prime Minister’s award. The rationale behind the initiative is that our films will have more weightage in the international arena to showcase our works.

However, the onerous task of its fruitful realization and implementation of the initiatives for sustainability and continuity rests with the Bhutan Film Association. The association has to continue to negotiate with the government and numerous relevant stakeholders to position our film industry as an economically sustainable and vibrant venture.

The ultimate and ulterior objective our industry should be to create and develop content of the highest quality in the best professional manner so that we expand our audience horizon. To culminate all these efforts and resources towards creating values in our country and to the world, the continued support and love from our public will further inspire and motivate the fraternity to walk extra mile.

Despite the continuous efforts and supportive gestures from many stakeholders, our film industry is still at a nascent development stage. Some of the concerns are inadequate infrastructures, lack of adequate technical talent pool, limited market share and marketability of our works at the regional and international levels. Our industry has not been able to take a risk to capitalize the potential of internet-based business transactions of our works.

Yet the industry has made quite a commendable progress in terms of improvements in the quantity and quality of films produced every year. Especially in the last two decades, our industry has produced more than ten films annually, as high as 20 films, with the continuous improvements in the overall quality of the film making. It's a tremendous achievement to have reached at this stage with the only first feature film 'Gasa Lamai Singye' produced by the Ugetsu Communications in 1989!

Our industry is also gradually adopting technologies abreast of the trends. Now in the market, we can see our films with some degree of continuously improving special effects works. And in the last few years with the support from the government our Bhutanese population have an opportunity to watch short animation works such as Kada and Nado, Meme Haley Haley, and so many others.

Of all the animatin works so far in Bhutan, no one has been able to create a character which is loved by all Bhutanese, old and young, is Ap Bokto. It's the first 3D animation movie ever produced in Bhutan by the Athang Animation Studio in 2014.

To follow the trend, one of the best technically done animation work is Drukten-The Dragon's Treasure, the fisrt 2D animation movie was released in 2016. The animation was done by the Studio Awake-can in association with the Drukten Productions as a producer.

In a nutshell, our Bhutanese film industry is growing every year embracing newer ways of making films and adopting technologies at our disposal. And a good sign is that our works are getting attention of our own Bhutanese people at home as few works continue to garner the global attention as well.

To ascertain the case, the obvious indication is a desire of our literate populace looking forward to watching movies released in theatres unlike half-a-decade ago. At present, our own Bhutanese films are creating interest amongst the majority of our people and there is a differing shift in audience seeking for a quality time through our films/ works.

All these changes indicate a bright future and potential to our film makers, collaborators, artists, and various stakeholders.

(Disclaimer: iBEST Company do not endorse opinions and views shared here on this blog column of the website. The views and opinions expressed here are solely of the author. To know more visit his blog www.tharchen.com)

We believe that our people make the company, therefore our future success depends on the capacities of our people. We have an impressive team of local and international experts to offer in-depth training and consultancy services. Our team members possess huge industry experiences and insights in their relevant fields.

We are focused on our works to deliver the best we do and we can in a professional manner driven by strong belief in our company’s purpose, values and principles.